1
Jupiter’s stunning appearance is due to its atmosphere of swirling clouds and colorful bands, which alternately flow east and west. The atmosphere is mostly hydrogen and helium, but the visible clouds are ammonia. Underneath, there are water clouds. Even after over 200 years, the winds have largely remained unchanged, although the intensity of the colors and width of the bands have varied. 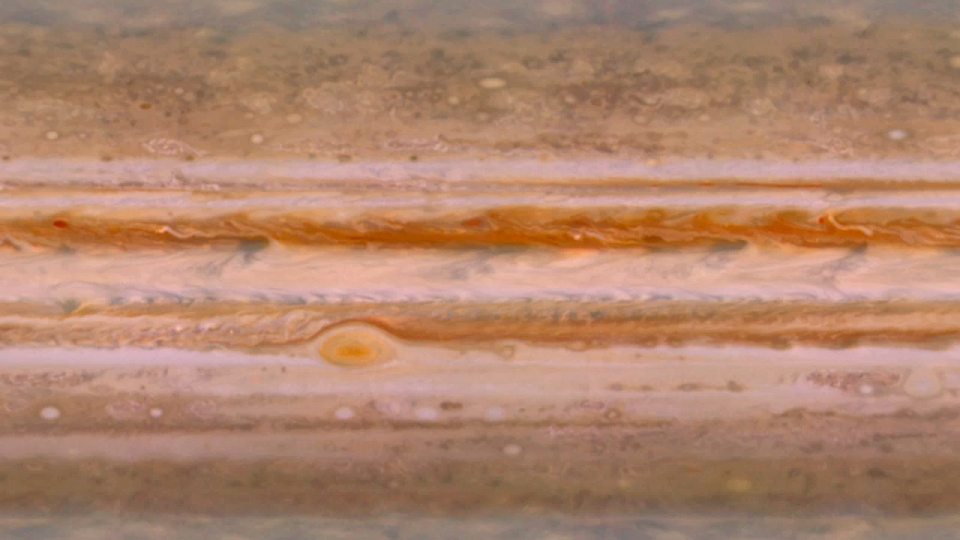