Juno launched on August 5, 2011 at 12:25 p.m. EDT from Cape Canaveral, Florida, aboard an Atlas V 551 rocket. With five solid boosters, the V 551 is the most powerful of the Atlas rockets. The rocket operated in stages, so as it blasted Juno into space, segments of it fell off once they’ve burned out. Here, the spacecraft is still in its cocoon form, its solar arrays and other components having been tucked away to fit in the rocket.

After the Atlas V rocket launched Juno into space, it placed the spacecraft in a parking orbit, in which it coasted around Earth. At a particular point in this orbit, the rocket fired again to put Juno on course toward Jupiter. Before separating from Juno, a set of thrusters fired to spin up the spacecraft along with its upper stage. Once Juno separated from the rocket, its three large solar arrays unfurled to begin charging its batteries.

While on its way to orbit, Juno communicated with ground controllers using the antennas on the Atlas rocket. But once the spacecraft detached from the last rocket stage, it began communicating with Earth directly. NASA’s Deep Space Network, with giant antennas in California, Spain and Australia, locked onto its signal. 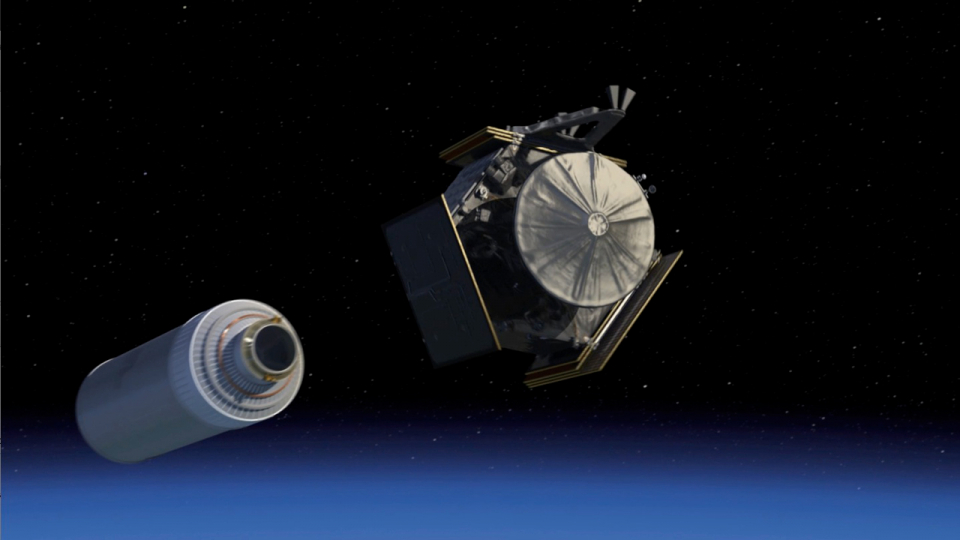