The Atlas V 500 consists of a Common Core Booster (CCB) combined with zero to five strap-on Solid Rocket Boosters (SRBs) together as Stage One. On top of Stage One is a Centaur upper stage, which is a liquid fueled rocket that provides the upper stage velocity and targeting for the Spacecraft (SC).

The SC itself is attached to the top of the Centaur and is enclosed in a payload fairing (PLF) that can be anywhere from 68 ft to 77 ft tall, depending on the size of the SC. In full launch configuration, the Atlas V can be as tall as 196 ft to 205 ft. This launch system can propel as much as 44,200 lbs to Low Earth Orbit (LEO).

JUNO’S RIDE INTO SPACE IS THE ATLAS V 551 – ONE OF THE MOST POWERFUL ROCKETS IN THE WORLD.

The Atlas rocket is an “expendable launch vehicle,” or ELV, meaning it is only used once. The rocket consists of these four key parts: Common Core Booster (CCB), Solid Rocket Boosters (SRBs), Payload Fairing (PLF), and Centaur Upper Stage.

Rollover the rocket to learn more about these key parts. 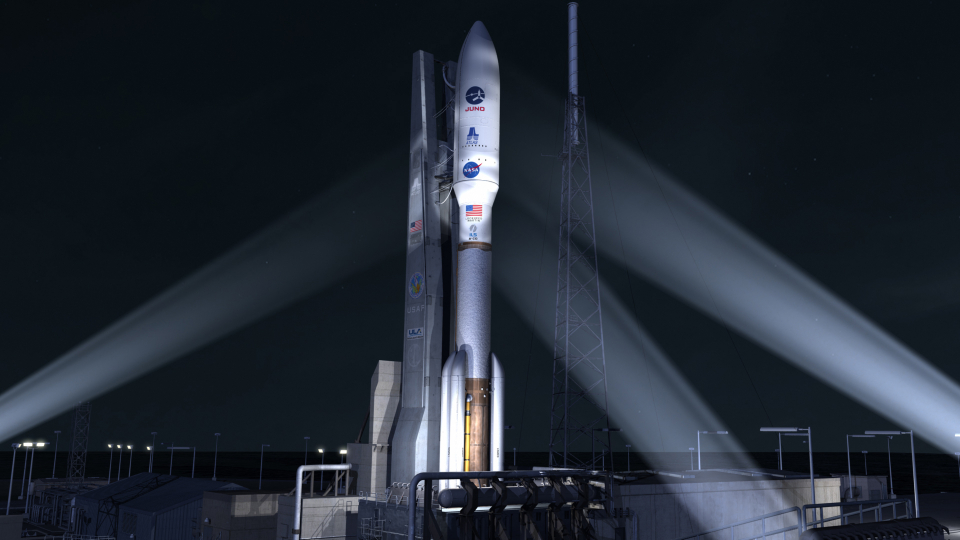