Looks like you're using an older browser. For the best experience possible, please upgrade your browser or download a modern browser.
d Back to all Threads
PIA23806 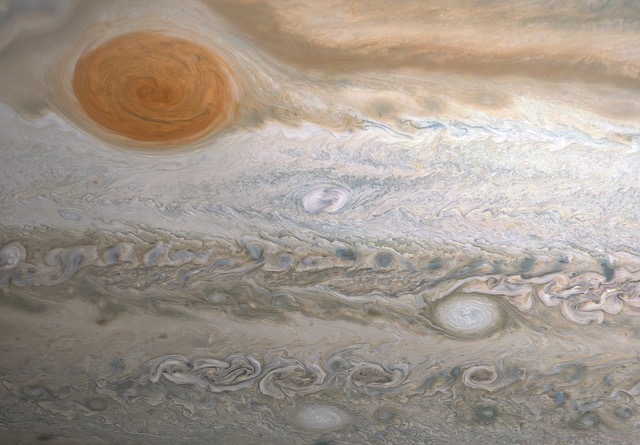 This image from NASA’s Juno spacecraft captures several storms in Jupiter’s southern hemisphere (Figure A). Some of these storms, including the Great Red Spot at upper left, have been churning in the planet’s atmosphere for many years, but when Juno obtained this view of Jupiter, the smaller, oval-shaped feature at the center of the image was brand new.

The new feature was discovered by amateur astronomer Clyde Foster of Centurion, South Africa. Early on the morning of May 31, 2020, while imaging Jupiter with his telescope, Foster noticed a new spot, which appeared bright as seen through a filter sensitive to wavelengths of light where methane gas in Jupiter's atmosphere has strong absorption. The spot was not visible in images captured just hours earlier by astronomers in Australia.

On June 2, 2020, just two days after Clyde Foster’s observations, Juno performed its 27th close flyby of Jupiter. The spacecraft can only image a relatively thin slice of Jupiter's cloud tops during each pass. Although Juno would not be travelling directly over the outbreak, the track was close enough that the mission team determined the spacecraft would obtain a detailed view of the new feature, which has been informally dubbed “Clyde’s Spot.”

The feature is a plume of cloud material erupting above the upper cloud layers of the Jovian atmosphere. These powerful convective "outbreaks" occasionally erupt in this latitude band, known as the South Temperate Belt (JunoCam observed another outbreak at this latitude back on Feb. 7, 2018). 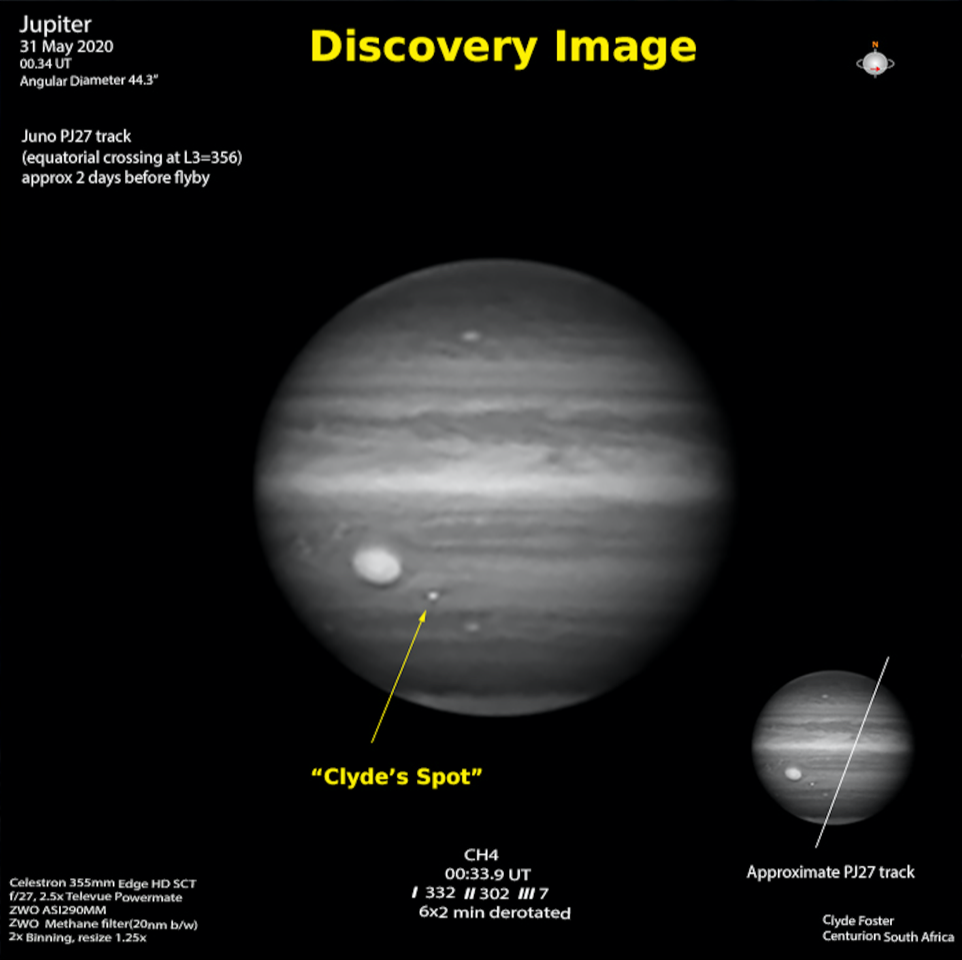 Figure B shows Jupiter as captured by Foster’s telescope, and the Juno spacecraft’s approximate trajectory as it zoomed close by the planet, traveling from north to south.