View Images of this Campaign in the Processing Gallery 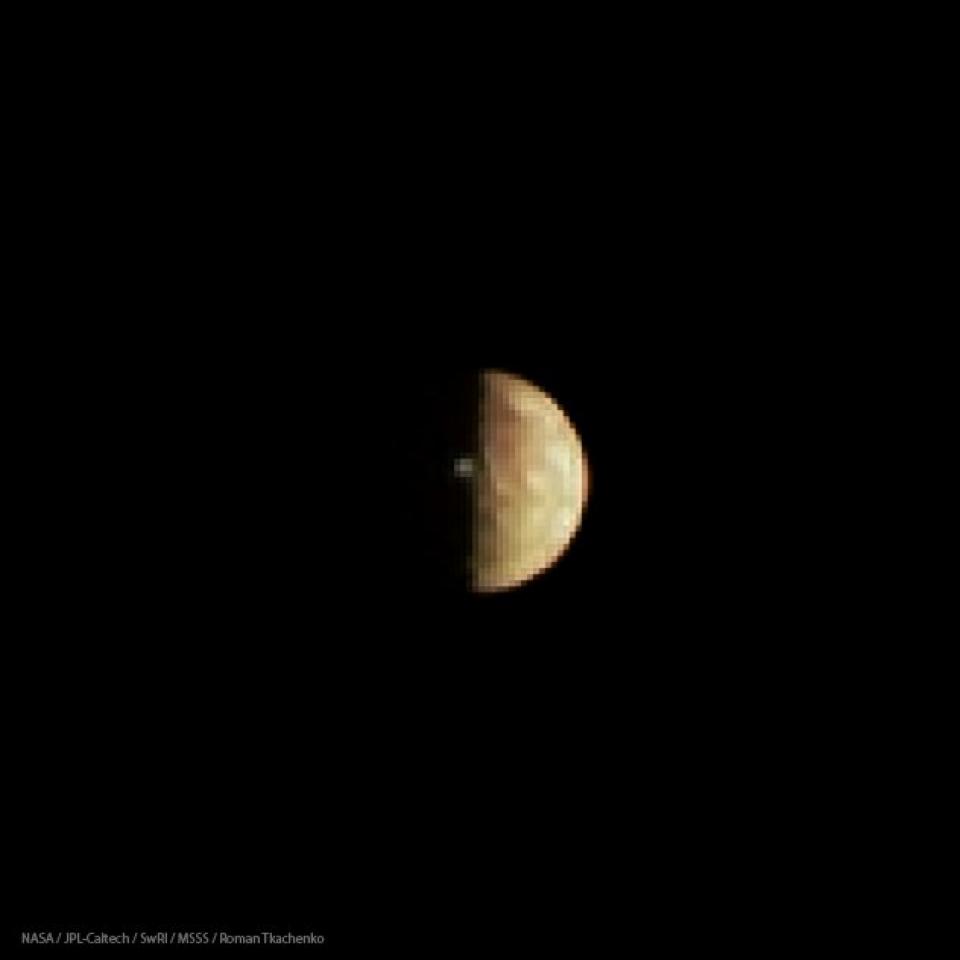 There are at least 63 jovian moons! The largest four moons, Io, Europa, Ganymede and Callisto, are called the Galilean satellites because they were discovered by Galileo. We do not get close to them because Juno is in a polar orbit, but occasionally the spacecraft is close enough for images to be worthwhile. For example at PJ17 we imaged a volcanic plume erupting from Io!